Driving Mobility guests of HM The Queen at Windsor Castle

To celebrate the 40th Anniversary of Motability 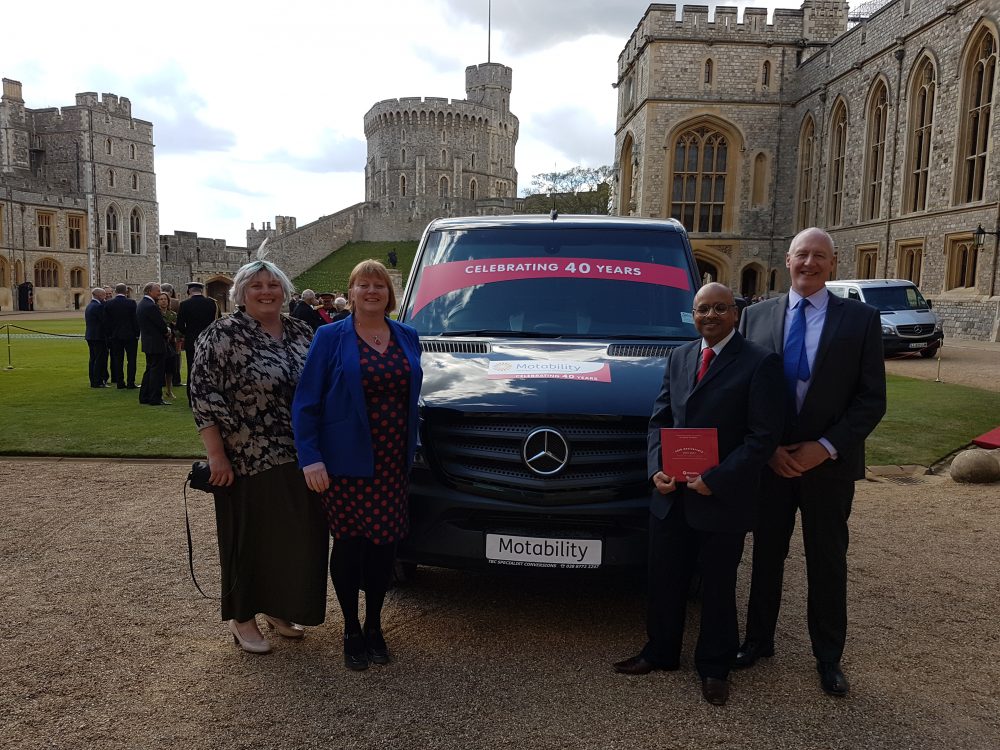 Our Chairman Anu Varshney, CEO Edward Trewhella and Board Members Michelle Giles and Sarah Vines were guests of Her Majesty The Queen when she hosted a ceremony in the Quadrangle at Windsor Castle to celebrate the 40th Anniversary of Motability.

The Queen has been patron of the charity since its inception in 1977. Since then, the Scheme has provided people with over 4 million vehicles and today, over 600,000 people currently use it.  Motability also helps disabled people by providing grants to those who would not otherwise be able to afford the vehicle or adaptations that they need. 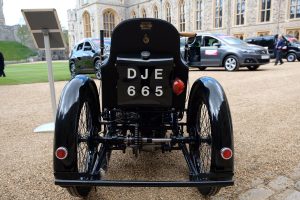 During a ceremony to commemorate the Scheme’s 40th anniversary, The Queen presented keys to new vehicles to five Motability customers including a former Royal Marine who sustained life changing injuries whilst serving in Afghanistan, a student with autism that will use her new vehicle to get to college, and a gentleman who contracted polio when he was 11 years old and has been using the Motability scheme since it was first set up. 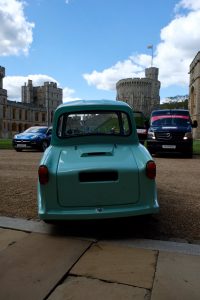 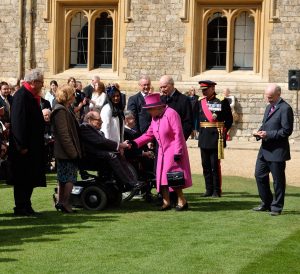 Her Majesty said of the Motability Scheme ‘I congratulate Motability not only on reaching its 40th Anniversary, but also during this time, how

it has changed and enriched the lives of millions of disabled people, their families and friends by helping them to access a world of increased mobility and freedom.’